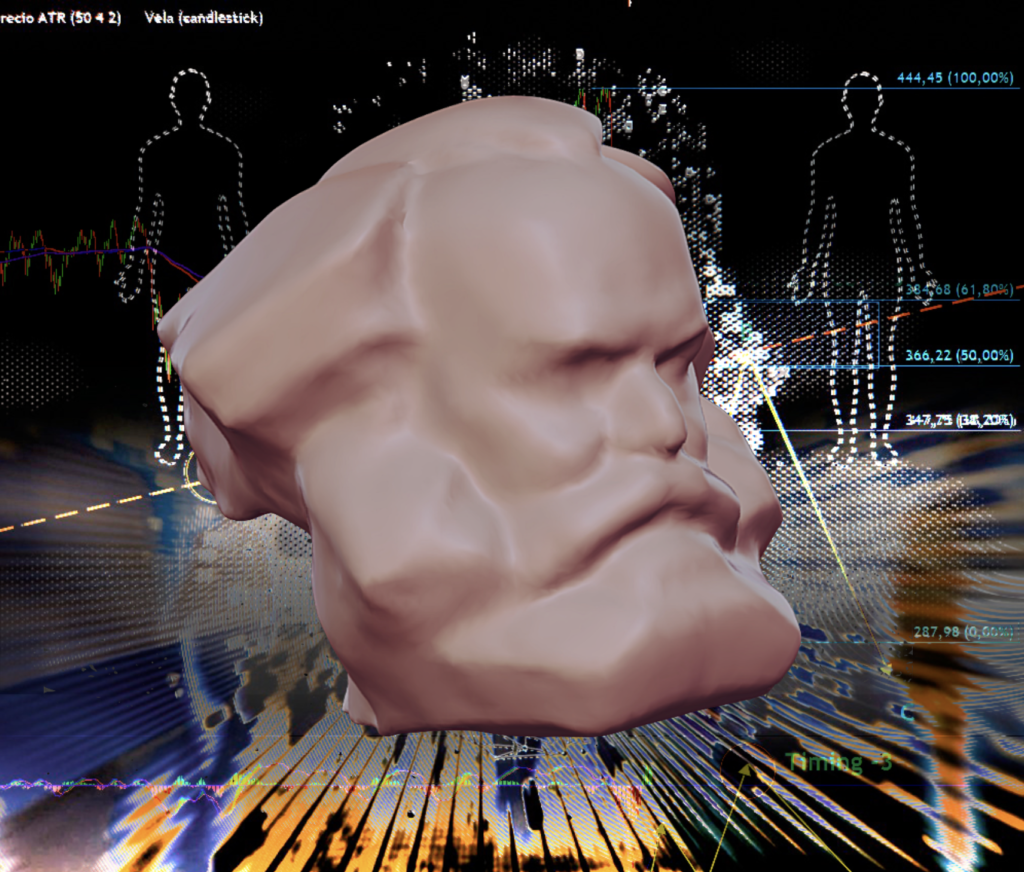 Foreword on Marx and his Method

What follows is an attempt to boil down the most important aspects of the money theory expounded by Karl Marx in the 3rd chapter of his 1867 Capital entitled “Money, or the Circulation of Commodities”. It is an arguably dense and complicated text and is regarded as the most representative work of his thought on money theory. Nevertheless, Marx’s take on money in Capital is not his first one on such a topic.

The earliest of his economic writings date from 1844 and focus more on a critique of the classical economist’s ideas (mainly Adam Smith and David Ricardo) and concern also on the alienating effects of industrial labor on workers. These works are infused with a humanist hegelianism and are usually referred to as being written by the “young Karl Marx”.

His later writings certainly stray from such sentimentalism and instead he directs his attention to the abstract economic forces and structures that workers are subjected to. This focus of the “later Marx” is held to epitomize an “anti-humanist” materialism, which is regarded as a truly scientific analysis.

In such analysis, Marx pays close attention to the material factors involved in the productive process; the way such factors interact and the way they change forms along such processes. In this sense, to successfully grasp this work in Marx’s own terms it is particularly helpful to keep in mind that Marx’s dialectical method of analysis focuses on exposing mutually exclusive contradictions and conditions.

When Marx points out contradictions, it does not mean a suppression of the elements in play will eventually be reached—thus rendering them inoperative—but rather they are replicated on an enlarged scale in a system of movement. It can be said therefore that there is a perpetual expansion of contradictions. This is the expansive character of the dialectical logic that Marx uses throughout this work.

It is also worth mentioning an aspect of Marx’s analysis that can be considered outdated to our current economic conditions. Money in Capital is described as “a symbol of gold”; paper money “is a symbol of value” only as it represents gold [1]. This assertion of course runs counter to the fact that ever since the 1971 “Nixon shock”, most currencies are no longer backed by gold. In this way, it can be argued that Marx’s analysis has lost relative validity. Nevertheless, I want to contend that the value aspect that underpins his analysis still stands soundly.

The starting point of this analysis is the unit of any monetary system, namely, money. For a money material to be functional, it must be able to measure the value of commodities (or goods) in a society, it must allow the prices of commodities to be expressed and to transform (in an exchange) one commodity into another. In this sense, a binary function of money stands out: the quantification of value of commodities in price and the capability for these prices to be transformed. These are the qualities of any functional money system capable of catalyzing the exchange of commodities.

At the outset Marx proposes gold as the base material to express the magnitude of value of commodities. Since gold is also a commodity, it is referred to as a money commodity. In other words, it expresses a necessary and immanent relationship with the work time necessary for the formation of commodities. Although it is true that relying on gold to measure value does not mean it is entirely free of fluctuations in its quoted market price, such fluctuations are supposed to simultaneously affect all commodities leaving the relative reciprocal values between commodities unaltered. Gold is referred to as a money commodity since it is not only the measure of value, but is its representation in a fixed weight standard. Such standards are usually institutional conventions regulated by law and thus control in its handling implies the existence of a state [2].

One of the binary functions of money initially mentioned is its ability to express the value of a commodity as a money quantity (or price) which reflects the work that a commodity embodies. Marx calls this “objectified work”, that is, work made object [3]. It must be noted, nevertheless that the expression of price in whatever currency (dollars, euros or yen), tends to overshadow or hide the working time that commodities incorporate leading to a confusion in the price of a commodity (representing labor time) with the actual labor behind the production of a commodity.

Of course, there can be a difference between a commodity’s price and the amount of work objectified in it. This difference is a quantitative incongruity between the price and its magnitude of value or the price-form which will compete in the market together with other commodities to arrive at an equilibrium price [4]. This equilibrium point reflects the average value of the socially necessary labor time that different commodities contain: a convergence in the average necessary social work arrives through the fluctuation of prices.

The price-form also allows the possibility of a qualitative contradiction, with resulting instances where price can altogether cease to express value. Marx gives as examples that such contradiction allows cases “where things which in and for themselves are not commodities, such as conscience, honor, etc., can be offered for sale and thus acquiring the form of commodities through their price. Hence a thing can, formally speaking, have a price without having a value” [5]. This results in situations where things that have no value, that do not contain work, can still have a price.

Does this render irrelevant the Marxist assumption that work is the source of value? To think that it does and that all transactions in an economy are advanced solely by money might be to fall into a fetishistic relation towards commodities.

We can say, so far, that value as socially necessary work time remains central in Marx’s apparatus. If we assume that the value of work is fixed–excluding of course the cheapening due to mechanical automation–we will have a fluctuation of prices reaching the equilibrium of market prices [6].

We have seen so far that money as a measure of value serves to convert the values of all the manifold commodities into prices and, as a standard of price, it measures the quantity of money as a unit of measurement. Although price is the expression (as money) of the labor objectified in a commodity, the price-form can still conceal a real value-relation of things that can have a price without having value.

Until this point, Marx has laid down the basic functions of money which accommodate room for more complex interactions assisting the commodity exchange process as a kind of “social metabolism”. To exhaust Marx’s analysis we shall also describe in further installments the process of commodity circulation, how transactions carried out in stretched time-spans give rise to credit relations and the way these relations interact not only in a personal-local scale but also between regions/nations.