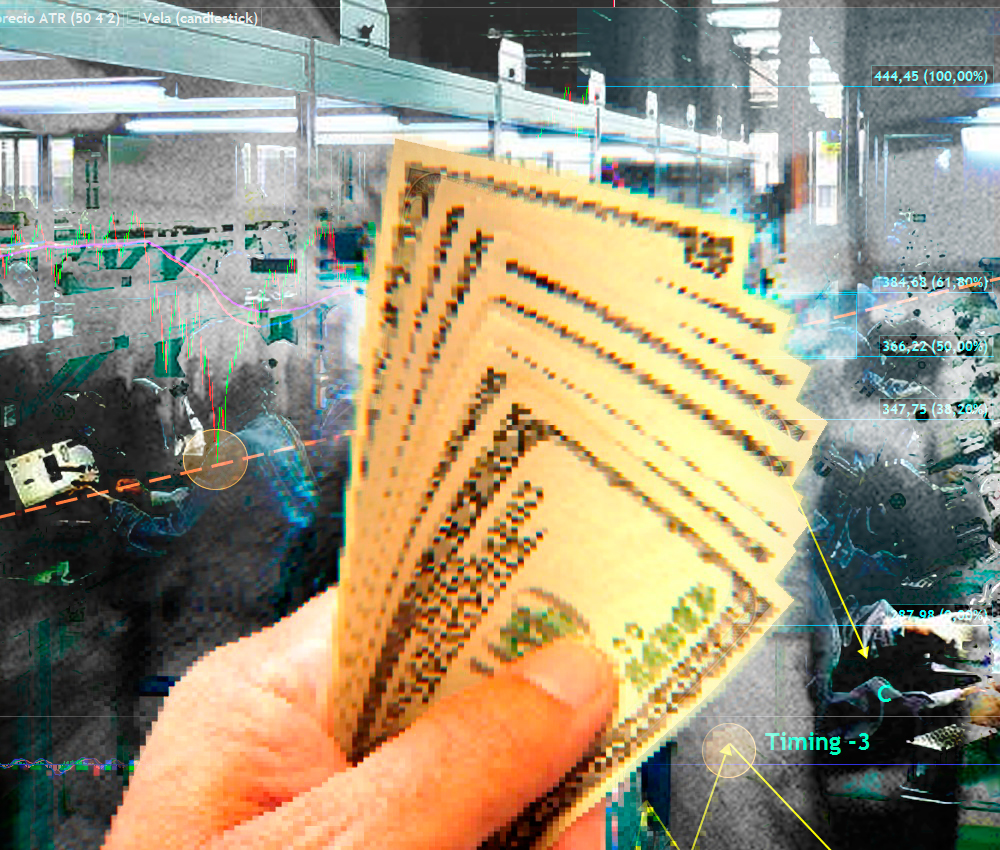 Ever since the widespread adoption of fiat money in the 1970s, monetary policy has been the main force controlling the money supply. With the power to unleash detrimental economic scenarios like stagflations, recessions or hyperinflations on a national, regional or world scale, the government’s sway on the money supply has been widely critiqued. The irresponsible control of money supply has led some to suggest a regression to a gold standard or has encouraged cypherpunks to launch independent cryptocurrencies. However, what happened during the 70s which implemented the current form of fiat money?

The times of the rise of the counterculture in the late 60s and early 70s were distinctively turbulent. The US dollar grew weaker as it was riddled with enormous deficit financing after 1965. A keystone of the post-war world economy, the US dollar was theoretically backed by the bullion of Fort Knox, which held almost three quarters of the world’s gold reserves. The stable expansion of the Keynesian post-war welfare state of previous years was based on the willingness of European central banks not to cash in their dollars for gold, which had the effect of stabilizing the price of gold in the market.

The increasing floods of paper or book-entries that more and more represented dollars made the European economies (especially the French) exchange increasingly devalued paper for solid ingots. Gold flowed out of Fort Knox, and as the demand for it rose, the price of it followed suit. Accordingly, by 1968 the gold reserves were virtually drained, ending the dollar convertibility. The gold standard and its US control (or of any other single national economy) was formally abandoned in August 1971 in what came to be known as the “Nixon Shock” [1].

Although it is true that before abandoning the gold standard crises already existed, after the draining of Fort Knox the stability of the international payments system was decisively lost. From then on, we can count several economic downturns, the most recent and dramatic of which is the 2008 financial crisis.

As an example, the 2008 financial crisis arose from an excess of liquidity overflowing around in the world’s markets which bankers lent to people with no creditworthiness. NINJAs (people with No Income, No Job nor Assets) were granted loans because bankers thought money was not relevant since the rising price of housing was a safe bet. But then the prices of houses ceased rising and debts were falling due and the people who were granted those loans had no liquidity whatsoever. In a display of the largest monetary policy action in history, the Federal Reserve injected $2.5 trillion USD into the banking system.

After offering a basic overview of the monetary instability brought about by relinquishing the gold standard, it is also worth mentioning the pernicious effects of other financial measures imposed during the early 70s. In an effort to open or liberalize foreign markets for speculation after 1973, the New York investment banks became even more active internationally than what they had already been. Less focused on direct investment, banks initially focused on direct lending to foreign governments. Hungry for credit, developing countries were, in effect, lured into a debt/credit trap and the investment banks (backed by US imperial power) were in a position to demand more favorable rates of return than could be had domestically. Since the loans were designated in US dollars, any rise in US interest rates could easily push vulnerable countries into default [2].

This was the case for Mexico in 1982-1984, which when driven into default and could not afford to pay, the powers of the US Treasury and the International Monetary Fund (IMF) negotiated a debt re-scheduling in return for structural reforms. Thus, Mexico was required to implement a procedure that came to be known as “structural adjustment” (an euphemism for cuts in welfare expenditures, a relaxation of labor laws and privatization). From then on the IMF became instrumental in what in many instances amounts to a weaponization of debt to enact neoliberal policies to foreign governments.

The preceding examples of economic crises from previous decades are thus useful to question the actual relationship between real value and reliability of money-forms. What is the relation between the debt/credit contrivances sent from Wall Street and real production? Is it all an elaborate scheme to gamble with fictitious forms of value? These are some of the questions Marx raises for us in volume 1 of Capital. Of course, during years of prosperity these questions are forgotten but at moments of crisis, they come back to haunt us. Once the monetary system becomes even more detached from the value system than it is with a gold standard, then all sorts of wild possibilities open up with potentially devastating consequences for social and natural relations.

Ever since Marx’s critical contribution to political economy in 1867, money has been taking ever more abstract forms. His critique was set forth in a time where gold backed all the national money systems of the few industrialized colonial world economies in western Europe. But since gold no longer functions as the basis for representing value, thus we have a purely symbolic system with no clear material base (or what Marx would call a “universal commodity”). The relationship of money to socially necessary labor-time, which was problematic even in the case of the gold standard, becomes now even more remote and elusive. Although this is not by any means the same as saying that it does not exist.

I have tried to illustrate some practical examples of failed monetary policies that arose, in the best of cases, out of negligence in foreseeing consequences or, in the worse cases, out of potentially malicious political ideologies. In this sense, the previous examples should suffice to show the reasons why monetary theory demands an earnest analysis and a revision of its foundations as well as its practical consequences is in dire need. In the following series of posts I will summarize the discussion on money theory that Karl Marx advanced in chapter 3 “Money, or the circulation of commodities” of the first volume of Capital.